Collaboration is the ability to pull together expertise and ideas.

In our office you'll often hear the developers say 'lets get it working, while the designers get on with the chrome.' This isn't a case of passing the buck it's just enabling the developers to engage their expertise and deliver their part of the job effectively. This is the very start of the communicative process between the techs and the creatives.

Recently I had been struggling with the chrome for a particular control. However, it wasn't until I took some advice from a developer colleague that I realised I had no chance of styling it like my mock up. I needed to work within the constraints of the language or platform. It's these little nuggets of information that you receive through communicating and collaborating that are invaluable.

One of our recent collaborative projects is an idea from one of the endjin team; Mike Larah, our Apprentice, who wanted to create "a better Windows Azure Monitoring Solution". Mike had spiked a basic proof of concept and I was taken through its functionality, the user journey, data and the purpose of this app. While the project had been partially built, it wasn't finished; but there was enough to get started on styling the key areas in XAML. When viewed in a test environment, it worked but looked pretty rough and lacked a bit of visual T.L.C.

Before digging in to the XAML there were a few steps that I had to cover: 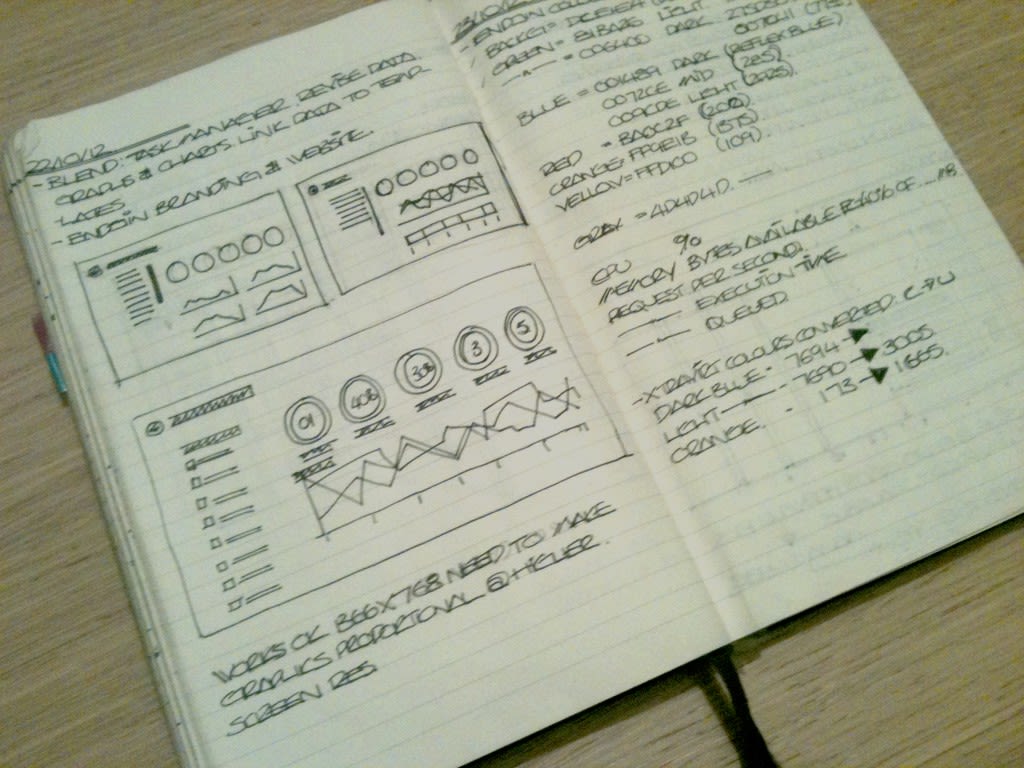 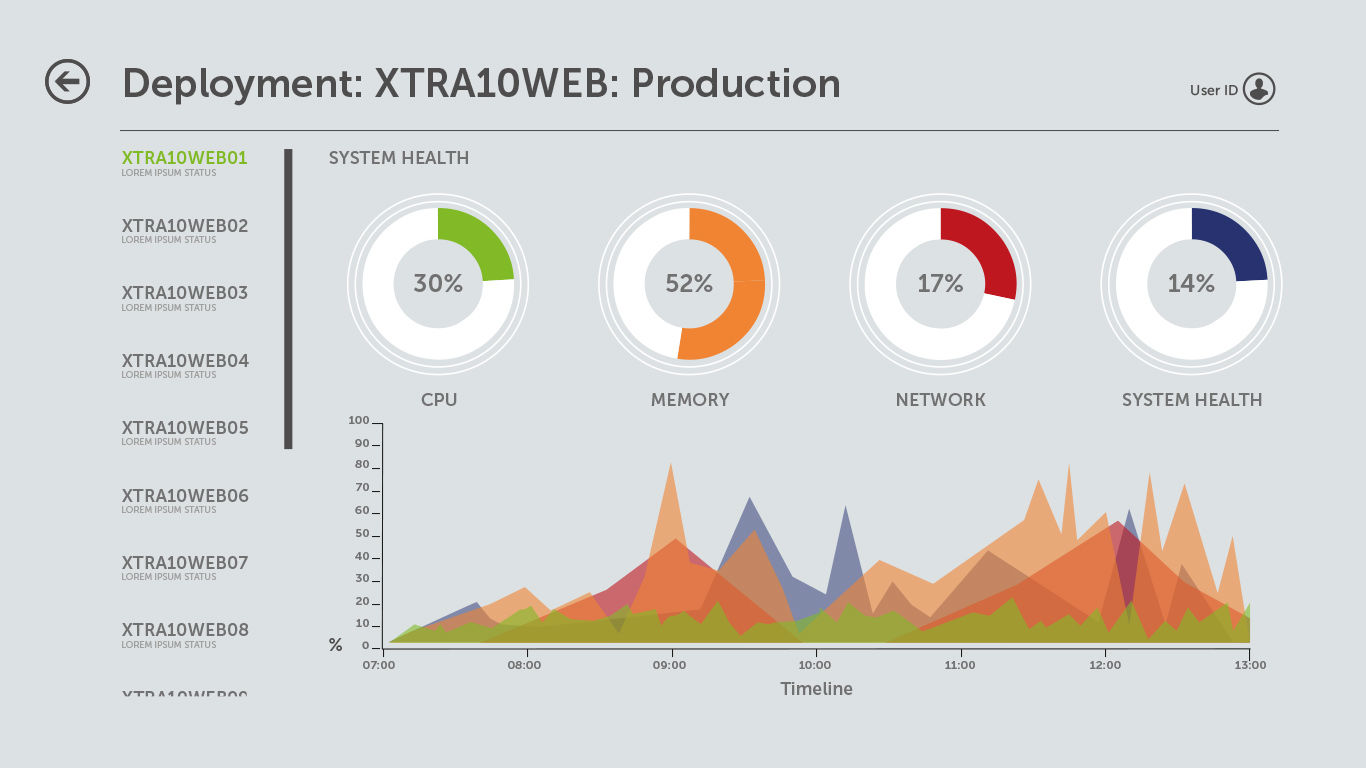 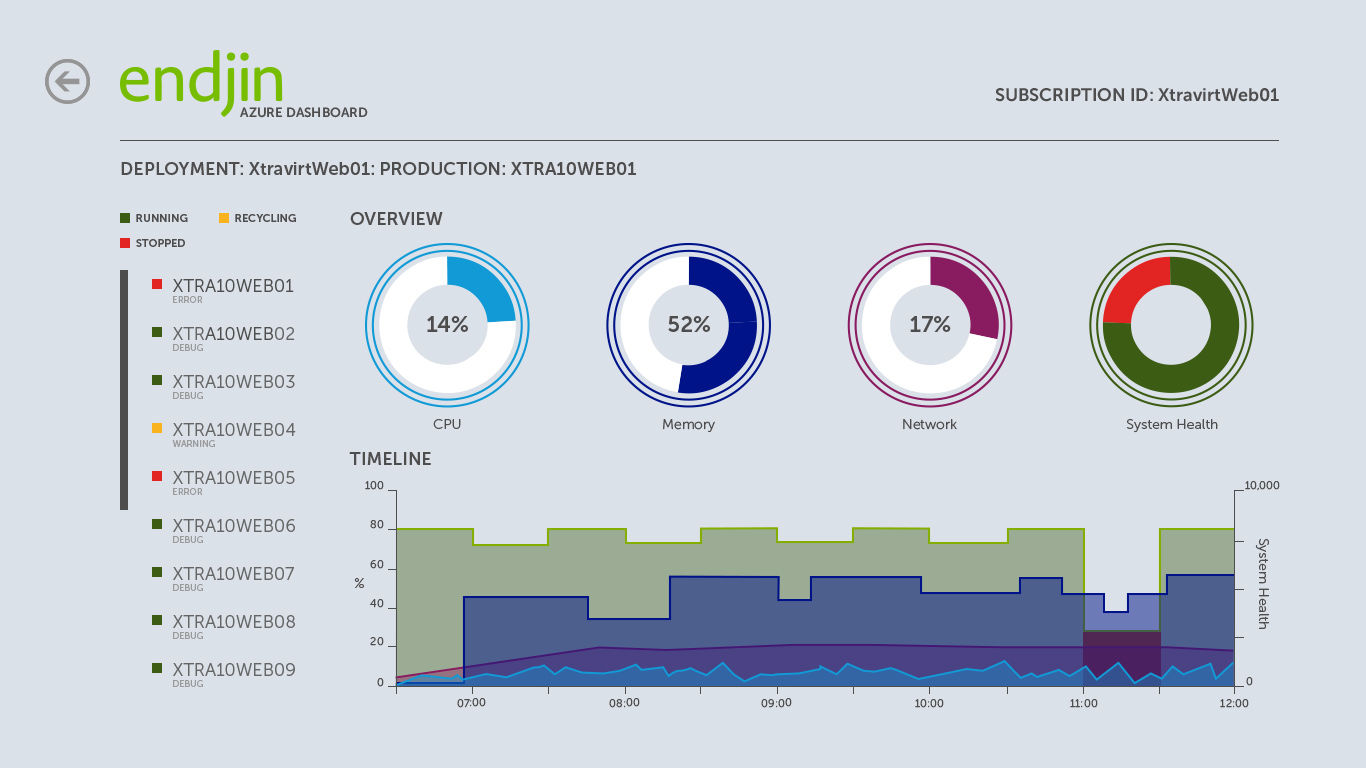 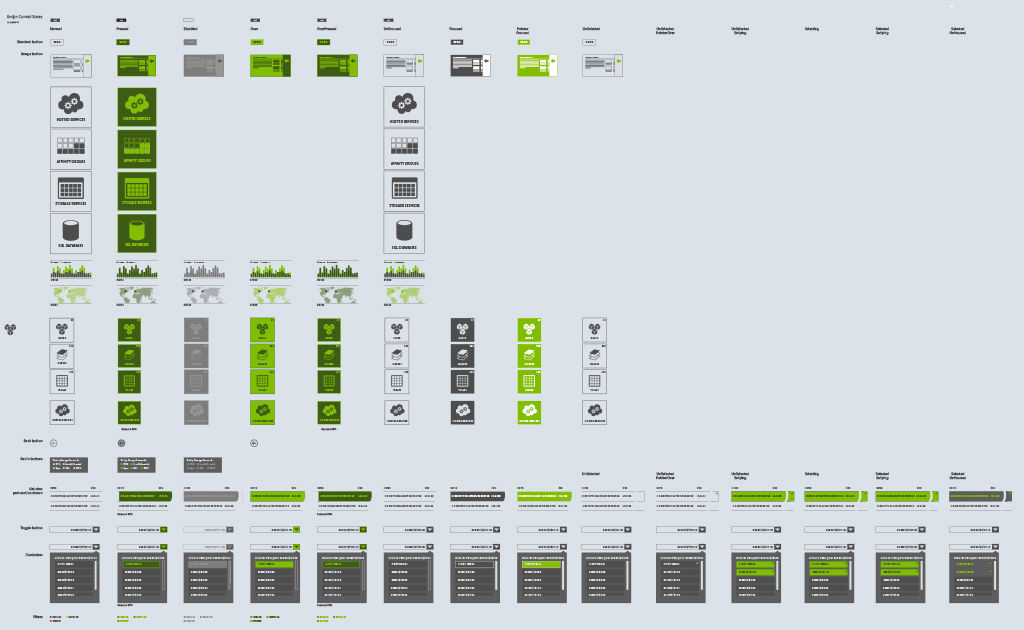 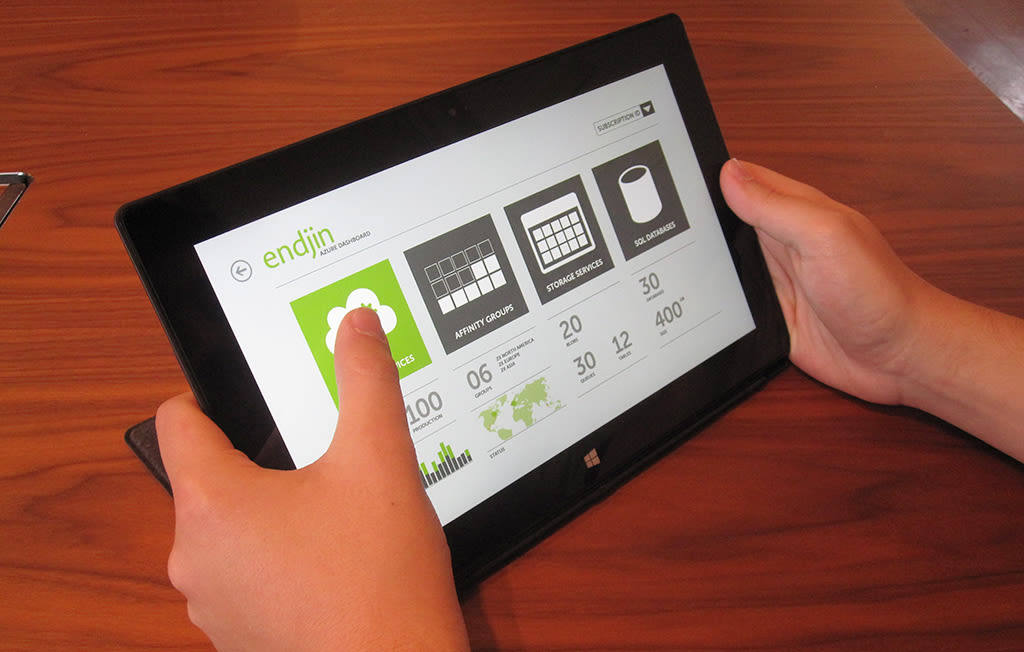 There's a lot of discussion and passing files back and forth between the designer and developer to achieve a working look and feel. I find that I can only go so far on project before it needs a bit of dev love then invariably afterwards it needs a bit creative love. This process of passing the project between departments continues until the job is done. At no point do we say 'that's it I'm done'. It's a team effort, collaborating and helping each other to get to a point where we're both happy with the end result. 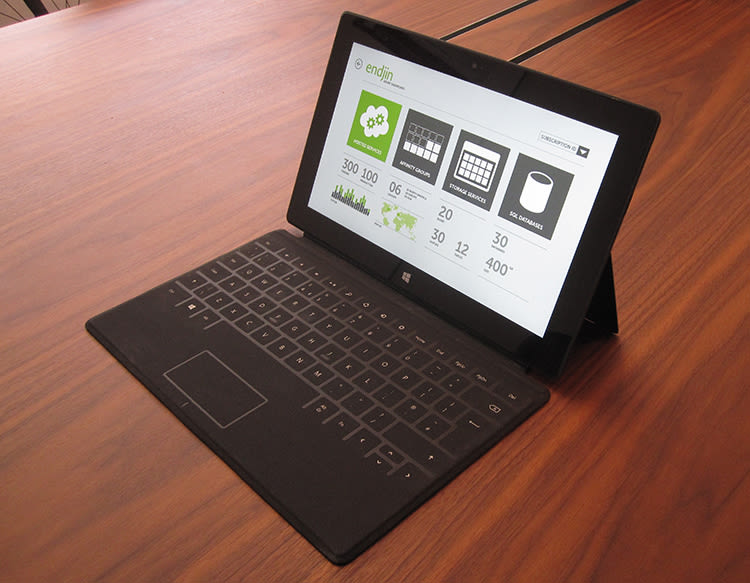 Communication is key between the developers and the designer. Whilst there are some exceptional people out there with feet in both camps we cannot function without either discipline. The developers need to focus on the code and functionality, but also need to understand the design principles. The designers need to understand creative constraints of the code, but need to focus on shaping and moulding the style and overall appearance. One discipline cannot work without the other - and certainly not with out collaboration.

Collaboration can only deliver a good end result if you are able to communicate clearly and, above all as a designer, listen.

Learn why we created the endjin composition framework for dependency injection.

Live by the sword: A practical approach to our own digital strategy

7 years ago, feels like a lifetime - for you eldest it is - but this was when endjin took the first steps in refreshing our website promoting our cloud expertise and mobile first responsive design. In this post we talk about our strategic, creative, prototyping and production processes to deliver our website and enforce our brand.

A few years ago, I attended a Guardian 1-day Masterclass - Introduction to Data Visualisation. What I did not know then was that it would have a profound effect on how I view design. This blog is a recap of that day and reference points to consider when designing and creating graphics for data visualisation.
Github Twitter LinkedIn

Paul has over 20 years of creative experience in design, and delivering user and customer experiences across 3D, print, and digital disciplines. As endjin’s designer, Paul enables customers and the team to visualise abstract concepts. Whether it’s UX, or dashboards for financial and retail services, television props for the Great British Menu, illustrations and animations for promotion and marketing campaigns, or logos and iconography for design systems, Paul is responsible for making concepts look and feel great, in a way our customers can understand.